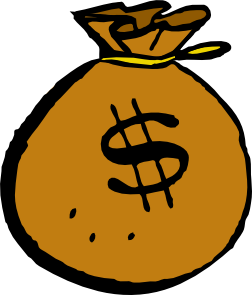 My more left or progressive friends, many of whom relate to the economically challenged category, decry the changes to our city and often assign the blame directly on those they have labeled wealthy and privileged. On some level this rings true, but today I had an experience that made me rethink all of that.

Today I was chatting with a friend who works with incredibly poor people including those in third-world countries where poverty is beyond what most in the U.S. can even fathom. Against the backdrop of that conversation, I saw things in a new light.

I walked around in my neighborhood today and bumped into many friends who place themselves squarely in the economically challenged category, many of whom are rather vocal in their opposition to the local tech industry’s influence and other people they see as wealthy and changing the city they love. Then I noticed a few things.

These friends were all carrying iPhones or the latest Android phones. Many were carrying laptops. Most were dressed rather well. A few had in their hands lattes and other costlier coffee drinks. One mentioned buying tickets to a show and spending $90 for each on them. One had just come from his $25 haircut. Another had just booked a cruise with a friend. None of this appeared to represent anything approaching poverty or anything remotely close to economically challenged.

In many (most?) parts of the world, these people would be considered incredibly wealthy and privileged. And relatively, they are. People in impoverished countries would be shocked that my friends are calling others wealthy when they themselves appear to be quite wealthy too when looked at through the lens of deep and entrenched poverty.

I say this to give the local conversation some perspective. Yes, I know the issues are complex. Yes, I know each side has an argument to be made. Yes, I know that those of us in countries with robust economies and opportunities will always be seen as wealthy as compared to many others. But still, I think it’s worth noting that in the grand view of the world’s population, most of my friends in San Francisco would be seen as wealthy, even the most left and progressive of friends.. Maybe this observation will cause all of us, myself included, to look at the disparities in wealth and how that changes neighborhoods and cities from a broader perspective, accepting that such shifts are far more complex than simply pointing fingers at who we perceive as wealthy.

2 Comments on “Wealthy Is Relative”

This does bring up some interesting points about who the culprits are or could be considered to be. Is the growing wealth disparity across the Bay Area an effect of the engineers and other people paid well by the tech companies? Is it the fault of employees that choose to live in SF for the increasing gentrification of the neighborhoods they’re moving into?

Or are these problems caused by the corporations that leech money both from the local economies and from the disadvantaged populations in developing nations across the global south? Is it Google’s fault for not providing housing and support for their employees to live in communities not traditionally marginalized and economically deprived? How much culpability is due for the fact that the tech giants generate pay discrepancies between employees and external / outsourced service workers such that their employees are pushing their contracted service workers (their tech support, their janitorial staff, their food service workers) into homelessness?

How much of the source of the problems, the causes, the crux of the world economy, is at the top? How much could be solved if Apple had to pay their full taxes? How easy would it be to solve the problem of gentrification if service workers made sufficient wages to not be on razor margins between paychecks?

Economics is known as the “dismal science” in part because many of the dynamics it studies fall under what are known as “zero sum games”: I win; you lose. Micro-economists studying individual behaviors will tell you that economic success is measured chiefly in relative and not absolute terms, and therefore constitutes one such zero sum game. For example, the great rise in standards of living due to technology seems to mean less to us as a positive thing than the negative thing which is the outsized gain achieved among the top 1%. Following the media coverage of the various Occupy protests a few years back and the current coverage of protests against tech workers in SF is enough to give good evidence these micro-economists have an accurate description of human behavior.

I met a fellow who recently moved to the West Coast, whose wife took a position at Google, and on her first day was on the receiving end of those protests. Did they deserve this kind of welcome? In their view, their willingness to pay what passes for a market rate for rental housing in San Francisco seems a willing exercise of free agency as is supposed to be a core American freedom. Their new neighbors see the decline in quality of what they have already established as a San Francisco lifestyle when the costs of their own housing as a result go up.

The real culprit in all of this is the inability of many people to see beyond their own narrow selfish interests. Not all human activity counts as a zero sum game. Google makes its search engine available to all of us for free. I can honestly say Google has been a positive influence in my life, not only personally but professionally, as the ability to gather current information immediately on the job has allowed me to do better work consistently for most of the past decade.

We’ve all learned in this country to drive on the right side of the road, in spite of all the short cuts that that deprives us of using. We can get along in our San Francisco neighborhoods if we are willing to try and do so.