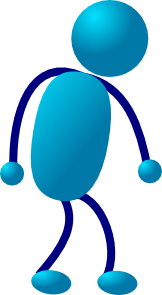 Research shows that people who exercise outperform more sedentary people in long-term memory, reasoning, attention and problem-solving tasks. And this makes a lot of sense. Human beings evolved over time as movers. We walked a lot. And as we walked around we learned. So it’s not surprising that our biology is wired to learn best when our bodies are in motion – in other words, exercising. The human brain ended up having the most powerful brains of any living creature under conditions where we were always moving.

I’m not talking about short-term exercise though. I’m talking about ongoing, regular exercise. Researchers discovered the benefits of exercise kicks in as early as four months into an exercise program. Engaging in some form of exercise exertion (aerobic exercise in particular) ends up providing us with many benefits, one of them being that we learn a lot better than if we don’t exercise. John Medina writes “A lifetime of exercise can result in a sometimes astonishing elevation in cognitive performance, compared with those who are sedentary. Exercisers outperform couch potatoes in tests that measure long-term memory, reasoning, attention, problem-solving, even so-called fluidintelligence tasks. These tasks test the ability to reason quickly and think abstractly, improvising off previously learned material in order to solve a new problem. Essentially, exercise improves a whole host of abilities prized in the classroom and at work.”

Such exercise need not be complicated. Exercise and fitness is one of my own big interests and I’m always advocating that people adopt the simplest exercise program that they’ll stick to that will reap the biggest benefits. When it comes to aerobic exercise, there is one truly ideal type of exercise I recommend – walking. Yes, simple walking. Brisk, fast-paced walking ideally. When researchers tested out the effects of exercise in the laboratory they discovered that a maximum effect is achieved with about 30 minutes of aerobic exercise done two to three times a week. They also discovered that if you add in some strength training exercises as well you get even more cognitive benefit.