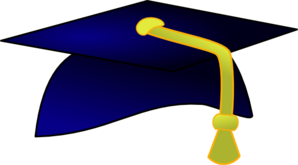 Secrets of a Buccaneer-Scholar: How Self-Education and the Pursuit of Passion Can Lead to a Lifetime of Success
By James Marcus Bach
Published by Scribner

Here’s a great book self-educators will enjoy. Bach employs the “buccaneer” analogy to describe his personal quest for a self-directed and personally meaningful education.

Bach never finished high school, yet rose to prominence in the software quality testing field at Apple and other technology companies. He now has a thriving consulting business in the same field. Bach considers his personal education journey and approach to be similar to the pirate-like 17th century buccaneers who preyed on Spanish ships. No, Bach isn’t condoning pirate activity, but he admired the independent nature of the buccaneers and believes everyone should adopt a similar attitude regarding their own education.

While the book is primarily a personal account of how the author approached his own self education, it is also a wealth of inspiration and insight into how anyone can create their own unique and effective approach to educating themselves.

Traditional educationalists are probably not going to like this book. Bach is no fan of today’s school system and he does not hold back in his condemnation of a system he feels lacks contemporary relevance. When so much of the current information and skills one needs to function optimally must be learned “just in time,” Bach contends a more independent and self-directed approach to learning can be far more effective than schooling. I tend to concur with Bach on this and am grateful to see another voice added to the call for a shift in our thinking about education.