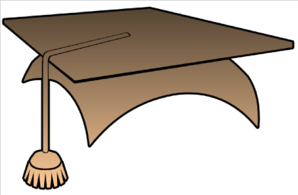 The necessity for the existence of grade school and probably the high school system is hard to argue against. Yes, if a parent has the ability and stamina to engage in homeschooling, that is certainly a valid option and I fully support that option. But otherwise, having the 1-12 grade system we have today in the United States makes sense even though it could certainly be improved.

However when the college and university level is reached, it becomes murkier. For some, such higher education makes a lot of sense. I’m sure most of us wouldn’t want a medical doctor working on us that hadn’t been through some rigorous higher education. But not all jobs or life paths require a college education, yet we continue to hold it up as the most logical path for everyone – the gold standard of what someone must do after high school.

I recall sitting in the fourth day of my university’s semester-long Psychology class listening to the professor. There were about 200 of us packed into a lecture hall. I had already read well ahead in the required textbook. The professor’s words sounded familiar. I took out the book and realized he was reciting the text, virtually word for word, and had been doing so for every class thus far. This annoyed me. Why was my father paying for this expensive university education if all the professor was going to do was read from a book I could have taken out of the library and read for free? I never set foot in that class again except to take the midterm and final exams and I passed the class easily with a B grade.

Certainly what I just described is not representative of all college classes or professors. But all too often it is. The ideal of Socratic classroom discussion or small classes engaged in team learning is, unfortunately, a rare occurrence. Add to that the outrageous escalation in tuition fees, even at many state-run colleges, and one has to wonder if there isn’t a better way. For some people there is.

Consider also the cost and the return on investment. According to CollegeBoard, the average annual tuition and fees for a private, four-year college for the 2008-09 school year was $25,143. Now the argument you’ll hear is that this financial outlay (not to mention the 4-years spent in college) is a sound investment in one’s future professional career. The logic is that college educated people make more money than those who are not. And that’s often true. However, think of it this way. If you took the $100,572 you might invest in an education and instead place it into a standard savings account compounding an average interest rate of 5%, from the age of 18 to 65 that would grow to $996,263, nearly a million dollars. And that doesn’t take into consideration a single penny you might earn and invest during your work life.

It’s 2013 as I write this and those 2008-2009 figures haven’t gotten better. They’re worse. And while 5% interest is hard to find currently in a typical bank savings account, it’s not hard to make 5% or more in any decently designed investment portfolio.

For many people, an education gained by experience, reading, watching, mentoring, research, investigation and conversation is of equal, if not better, quality than what they would have gained in a traditional four-year college or university. It’s time that this approach to learning is recognized as a viable alternative and that such learning is accepted by employers and others who so often rely on a four-year degree to screen their applicants. Companies and businesses need to rethink their Human Resources hiring requirements to include credit for work experience in lieu of a college degree, or put in place hiring screening procedures that examine portfolios or other tools used to demonstrate a candidate’s breadth of knowledge, skill and experience related to the job’s competencies and skills requirements. Reliance on a degree is tenuous, at best, as a standard by which to assess a candidate’s worthiness for a job.