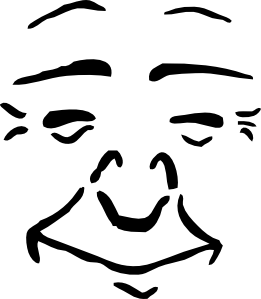 I agree with this The Three Pillars of Happiness article by Adrian Drew.

For #1, I think our cultural obsession with romance leads to bad relationships and a narrowed social support network because we rely too much on partnering to fulfill our lives.

In Self-Determination Theory, to which I look to often for guidance, friendships would equate to the necessity for relatedness in our lives, but that relatedness doesn’t need to be so heavily skewed toward romantic partnering.

“He argued that our obsession with romantic relationships is, in fact, the cause for a lot of misery.”

“Instead, Epicurus suggested that true, meaningful friendships are fundamental to our happiness.”

For #2, money is by no means the path toward contentment. Aiming for money for its own allure is folly and makes no one happy ultimately. It’s only producing meaningful work and the knowledge it brings with it that’s beneficial.

In Self-Determination Theory, this would equate to the pursuit of competency, being excellent at something, that leads to contentment.

“Epicurus argues that the key to satisfaction in our working lives isn’t earning a lot of money, but the knowledge that we’re producing meaningful work.”

For #3, the concept of living with less (all kinds of less) is a truism put forth by thinkers and philosophers for generations since ancient times. The modern interpretation might be labeled minimalism, especially with minimalism as seen more broadly as applying to our entire life experience and not just possessions.

I would also argue that living with less, minimalism, is directly related to another Self-Determination Theory concept, autonomy. The simpler and less cluttered (physically and mentally) your life is, the more content you will be. Simplicity fosters autonomy.

It’s also related to the Buddhist concept of attachment. The more attached you are to things and outcomes the more distress your life will contain.

“We seek to fill gaps in our lives by chasing after our wills and drives, such as striving to earn more money, get in shape or find a romantic partner. We endlessly follow our desires in the hope that, by achieving them, we will finally feel happy.”

Learn more about attachment in Buddhism in this The Beginner’s Guide to Letting Go and Becoming Enlightened Through Non-Attachment article by Matt Valentine.