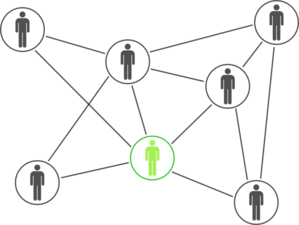 I have been a vehement proponent of introspection for most of my adult life. As Socrates first espoused, I’ve always considered introspection, looking inward, the path to a good and wise life. The “know thyself” adage is something to which I’ve always aspired. And I still do.

In the RSA Animate video, The Power of Outrospection, Roman Krznaric flips the introspection directive on its head and encourages a shift to a new age of outrospection for the 21st century to replace, or at least supplement, the age of introspection that has been so popular during the 20th century. Outrospection encourages looking outward to other people’s lives, cultures and world views to better understand ourselves.

Krznaric considers the ultimate art form for the age of outrospection to be empathy. Along the road to understanding ourselves through outrospection we hopefully develop a deeper sense of empathy. Empathy has been a popular concept in recent years and the need for empathy has been touted by many social thought leaders such as President Barack Obama as well as others such as marketers and research scientists.

For Krznaric, empathy isn’t just something that expands your moral universe, but it can indeed be the foundation for a philosophy of life. Empathy has the power to make you a more creative thinker, improve your relationships, and generally create the human bonds that make life worth living. Empathy can also bring about radical social change and bring about a revolution of human relationships.

Watch the video for a beautifully concise explanation of why Krznaric believes so strongly in the need for the age of outrospection and the development of deeper and broader empathic perspectives to make us better and the world a better place.