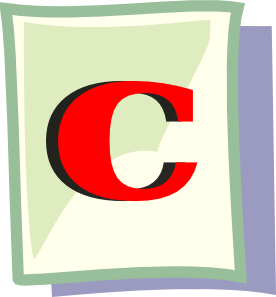 I just finished reading Tyler Cowen’s interesting book, Average Is Over: Powering America Beyond the Age of the Great Stagnation

. It is a deep look at how machine intelligence (to use his term – also known as computer technology) is changing the landscape of our economy and the job market forever in profound ways and how we must adapt to this reality to flourish in our work lives going forward.

The constant references to the game of chess are a bit too frequent (used as his metaphor throughout the book), but that’s nit picky compared to the brilliance of the content.

Cowen details why the widening gap between rich and poor means that from now on if you are not at the top, you’re at the bottom. What does he mean by that?

Based on his research and economics experience Cowen contends that the global labor market is quickly changing due to growth at both the high and low ends of the spectrum. Low wage job creation has been robust while jobs at the higher end are leveling off or retreating. Amid all this the number of American millionaires and billionaires continues to skyrocket.

Due to flourishing machine intelligence high earners are taking advantage of data analysis and achieving ever-better results. At the same time, low-wage earners who have not jumped on board the continuing learning bandwagon to make the most of these new technologies have poor employment prospects that will only get worse over time.

Cowen says that what was formerly considered a steady and secure life somewhere in the middle (the middle class as it’s often called), in other words “average,” is over. You will either be part of the workforce that continually learns and adapts to embrace and leverage new technologies and the new realities and do well economically, or you will be part of the workforce that does not embrace learning and rapid adaptation and will not do so well.

Self-education will be the difference in having a fulfilling, meaningful and profitable work life as opposed to a mundane and low-paying employment future. I propose that using only formal schooling to keep up with such rapidly changing technologies, knowledge domains and skills will be cumbersome and ineffective for many workers who must learn and work in sync with the modern realities of our lives.