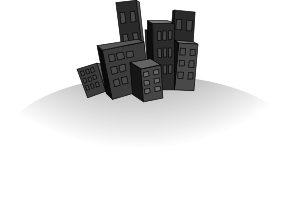 People often ask me why I enjoy living in a dense urban area so much (currently San Francisco). As I was walking early this morning from my apartment to the restaurant where I have breakfast most days of the week, some of the reasons became so clear.

As many people know, I am a huge proponent of minimalism, sustainability and the simplification of life generally. I think dense urban living, while it certainly has some challenges, tends to address those things much better than does non-urban living. (Please note that I am not denigrating non-urban living. There are certainly valid reasons that people choose to not live in cities.)

So, back to my morning walk to breakfast. I left the house and immediately encountered a good friend walking his dog and we said hi to each other. (There are lots of dogs in San Francisco. It surprises people when they visit here.) I ran into two more friends with whom I chatted briefly in the three blocks walk to the restaurant. There are about 10-12 decent to great restaurants within a 3-4 block walk from my apartment.

Once at the restaurant, I saw one friend and one good acquaintance with whom I also chatted briefly. Then a very good friend came in and spontaneously joined me for breakfast and, as usual, we had a great conversation. Then someone known to my breakfast companion but a new friend to me came into the restaurant and we asked him to join us, which he did. I learned so much from that brief conversation with the new friend. Turns out his career is quite a fascinating one and he’s done some really cool stuff. I learned some things.

For those who know me, you know I’m a highly internet connected guy (for better or worse) and I was also able to answer a few emails, check Facebook and so on within the few minutes I had between people encounters because of the great WiFi and cellular connectivity cities generally offer. That’s not always easy to do in non-urban areas where such connections can be spotty.

After breakfast as I was walking back home to begin my work day I stopped to pick up mail at my mail drop and went into my local 24-hour drug store and pharmacy to re-order some medication.

This set of happenings would likely never happen in non-urban areas. First of all, I would have had to have gotten in my car (I don’t currently own one) and drive to wherever I was going to have breakfast, pick up my mail, visit the drugstore, and so on. Likely in multiple car trips. I believe we all need to walk more and I much prefer my mostly walking life compared to the typical driving life most people have.

If I didn’t live in a city, I would never have stumbled upon friends and acquaintances so easily, if at all. It just doesn’t happen in non-urban settings much because there you have to live a life of consciously choosing to go somewhere to meet people, usually in a car. Having the convenience of restaurants, retail shops, dry cleaners and so on within a few blocks radius makes life really convenient.

One Comment on “Why I Love Living In A City”

City Lights Or Starlit Nights, What Home Location Will You Choose?

[…] Resources:Completely Different Lifestyle   In the Heart of the City Play Outside in the […]